A/N: Actually wrote this post back in December, but didn’t have the chance to edit / upload photos until now 😅 Enjoy..
Had a ton of fun in Taiwan. Visiting as a tourist is a whole ‘nother experience, especially when going with someone who’s never been. I’ve gone back multiple times now, often for family related activities, and typically for longer durations. Since I don’t go back often, there’s always a big gap in changes upon returning. Technology is an obvious one, though I only went back 3 years ago, people are more accustomed to using apps - social media, photo apps, Uber is even making it to Taipei (though illegal right now).
I was familiar with the MRT lines previously, but became more acquainted with it this time since we used it as our main mode of transit when exploring Taipei. I also loved visiting the night markets again. I don’t think any other country can compete with the amount of little shops, street food options, etc. making it easy not to spend much when visiting. 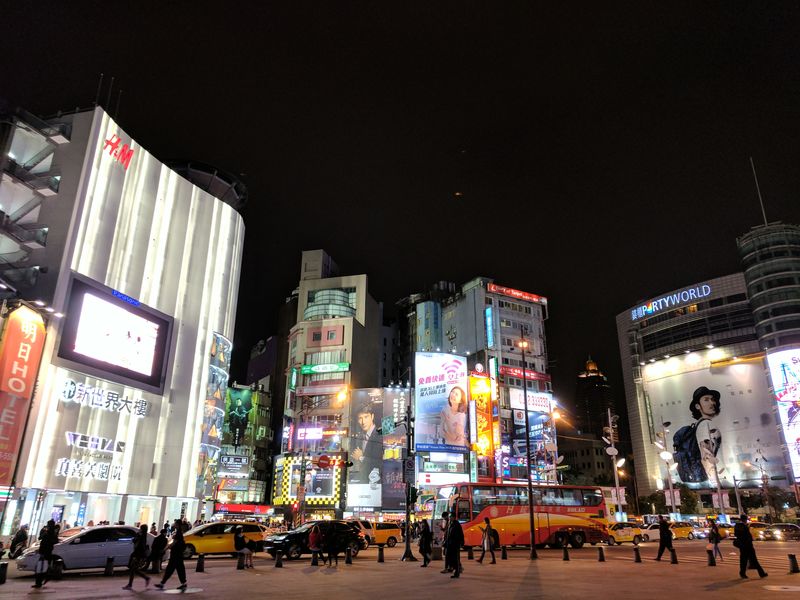 View of Ximending at night
We stayed right beside Ximending, and actually had to walk through it to get to our hostel from the station every day. It was pretty fun the first few days exploring XMD again, but by the end of the trip, we were actually a bit tired of all the lights, haha. Real Taiwanese life does not involve visiting places like XMD on a daily basis though. 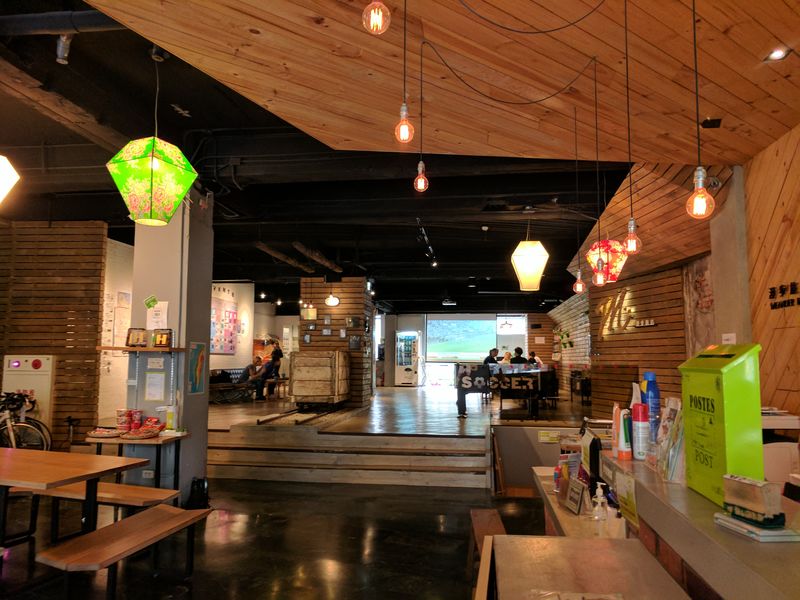 Meander Hostel Lobby
Our hostel (Meander) was top-notch - definitely a great place to stay for young people, such amazing hospitality there. We actually had time to relax during our trip, a large comparison to Hong Kong. It’s definitely more laid back than HK, and has a similar environment to South Korea in terms of a family and friends oriented place.
Since we were only around for about 5 days, we had pretty much all the street food - little bun wrapped in big bun, giant fried chicken, green onion pancake, pot stickers, skewers, beef noodle soup, rice noodles, braised beef on rice, rice rolls, the list goes on.. And of course we had either boba, papaya/lemonade/whatever fruit juice, or some other misc beverage every day (maybe twice a day). Mango isn’t in season during late fall, so it was often unavailable on the menu. 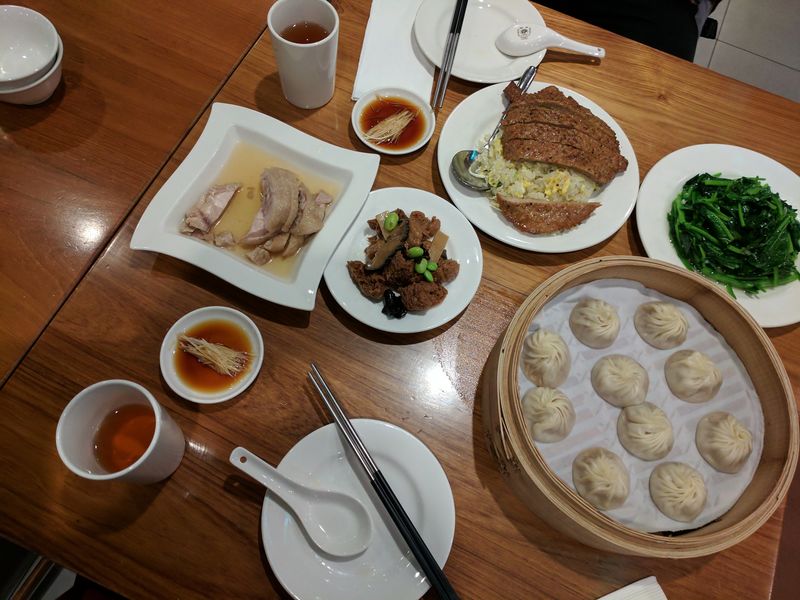 Din Tai Fung, Taipei 101
We frequented Din Tai Fung -- as in we went to two different DTFs within 3 days of each other. The thing about the Taiwanese locations is that they have some Taiwanese style sides and specialities that go really well with the typical order of soup dumplings, pork fried rice, and Chinese veggies. Along with that, some really astounding service - they put a cover over your jacket if you hang it on your chair. I’ve definitely never seen that in a Western restaurant - it was very Taiwanese, haha.
The most touristy place we went to was Jiufen, which unfortunately was a bit underwhelming. The town is supposed to resemble Spirited Away, but there’s only one angle that looks like Spirited Away in the entire area. I assume it’s more similar at night, though we didn’t want to trek 1.5 hours late at night. 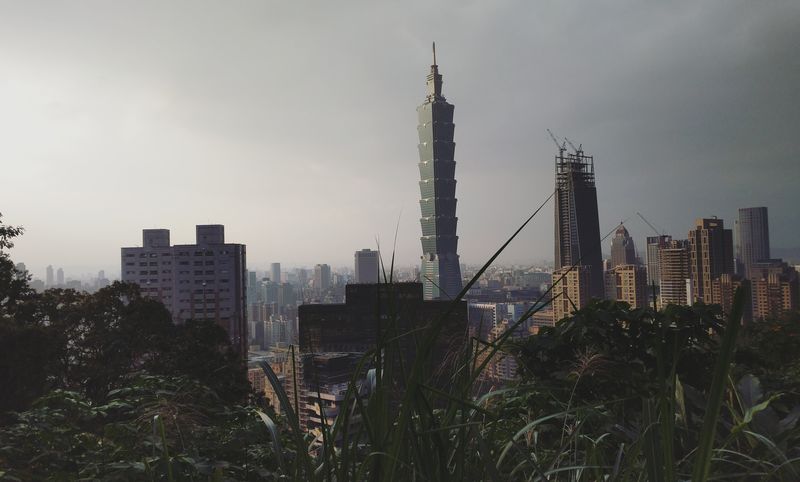 View from Elephant Mountain Peak
The coolest view was actually the city scape from Elephant Mountain - which is a hike up several thousand stairs giving you a straight on view of Taipei 101. This is considered a pretty touristy spot since none of my relatives have ever really gone out of their way to hike there. 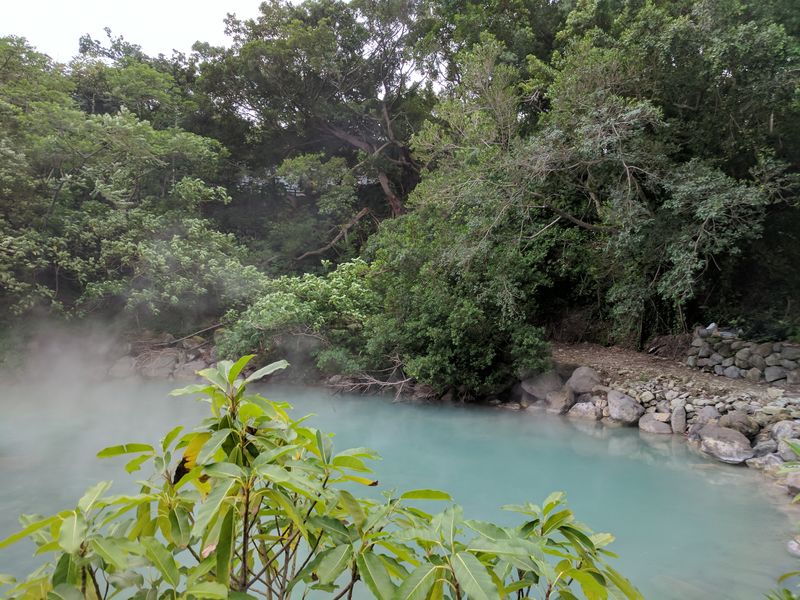 Thermal Valley, Beitou
We also stopped by Beitou hot spring area, which was really easily accessible via MRT. It was my first time seeing hot springs - there was a tourist spot called Thermal Valley where you could feel the huge difference in temperature and humidity, and very visibly see the steam. We did not go in a real public bath, but checked out a semi private one at a resort for a few hours - this was actually a pretty good alternative from the overcrowded (cheap) public options. While in Beitou, I actually ran into a friend from high school who was also visiting Taipei for vacation and haven’t seen for several years - a true coincidence.
Looking forward to going back again and actually exploring the southern areas of the country 😃
comments powered by Disqus