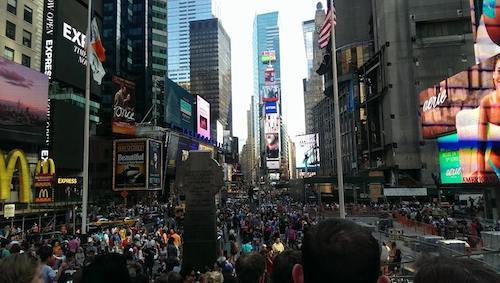 I finally finished the school term, and I have a lot of content I want to post, so watch out for some more posts in the next few days. Apologies to those who were trying to email me on my @aimango.me address. My forwarding wasn’t set up properly so I didn’t see any of the emails until now (just replied to everyone!)
Nothing here special to read past here, just something for myself.
It was my 4A term, and I can’t say it was easy. I had two electives, and I chose both to be technical ones since they both interested me, and won’t be offered in the winter (my 4B term). The bothersome thing about 4th year CS electives at Waterloo is that you really have to plan ahead of time to get your schedule right. Several courses are only available in the Winter (CS 462, CS 448, CS 473,…), and there are even courses that are Summer only (CS 449). Even then, there are usually only 1 or 2 sections per term that may conflict with the rest of your schedule.
ECE is pretty structured in course availability, too. There are a ton of 4th year options, but not everyone is interested in all of them, so some courses don’t always end up being offered. That’s what pre-enrollment is for (which people always forget to do.. sigh).
Anyways, I ended up taking CS 449 (Human Computer Interaction aka HCI) and ECE457A (Cooperative & Adaptive Algorithms aka AI) as my electives this term, which were both summer only, and both great decisions, thinking back on it now. As software engineers, we only get 4 technical electives, or 5 if you plan to use your extra elective as a technical one. So you really have to choose wisely!
This term was full of group projects. ALL of my courses had some kind of group or partner work this term. The grade for AI was 50% group projects - ridiculous. HCI was also a 50% group project, although less surprising since that is the nature of the course. In the beginning of the term, I really didn’t like having to coordinate meeting times and such to get things done, but it wasn’t so bad after awhile. It can be nice working with people you don’t work with normally (in SE people tend to segregate themselves within their cliques). I’ll talk more about this in my aggregated SE @ Waterloo Courses post.
This term wasn’t too exciting because no one else was here. Most of my UW friends were 2013 or 2014 grads, on co-op, or they were off for the summer. Luckily Bomber Wednesdays are still a blast (90s night ftw), and the weather has been mostly nice.
Despite being quite busy for most of June, July, and early August, I was able to see some awesome movies: How to Train your Dragon 2, Dawn of the Planet of the Apes, and Guardians of the Galaxy. Go watch them. Especially that first one. I also had the chance to watch a very awesome TV series - Pretty Little Liars. I’m currently marathoning the rest of season 4 so I can catch up to current episodes. It reminds me of Desperate Housewives a bit in that they’re both set in a small city, but it has a lot of high school elements and much more ridiculous drama to it.
A few friends and I visited NYC during the Canada Day long weekend, too. I haven’t been for 2 years, and it really gave me perspective on whether I’d work there full time. It’s a busy city with tons to do, but SF is just way more suitable in comparison - more of my friends will be there, and not everyone there is rushing to get places.
I’m heading to Japan for a week on Tuesday (first time going and cannot wait!) And the rest of the time I’ll be packing for my last co-op term at back at Instagram, which I am way too excited for.
comments powered by Disqus