continued from http://aimango.me/post/hong-kong
Day 3: we decided to do some trips outside the city and went to Stanley, which is south of the island. It was luckily nice and sunny that day, so we got to walk around the pier and marketplace. 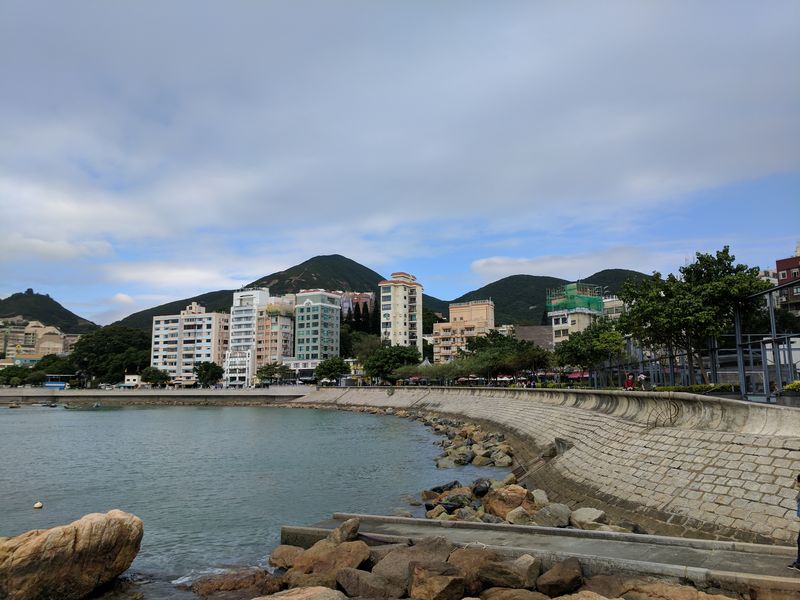 Stanley didn’t take too long to adventure through, so we decided to head to Ocean Park. I didn’t expect much from Ocean Park, I thought it was a normal theme park. It was pretty quiet when we arrived and saw the first few exhibits with the aquarium and the pandas (unfortunately their famous panda recently passed away this year 😔 ).
We then headed up to the actual amusement park area with all of the rides with an express tram. It was much more bustling. It had your typical theme park rides, with tons of tourists from Mainland China. The tour groups consisted of mainly 30 to 40 year olds for whatever reason. It was also clear that they had never gone to an amusement park before. We had reasonably priced ramen and other noodle soup for lunch at the park - something you will never get in American theme parks. 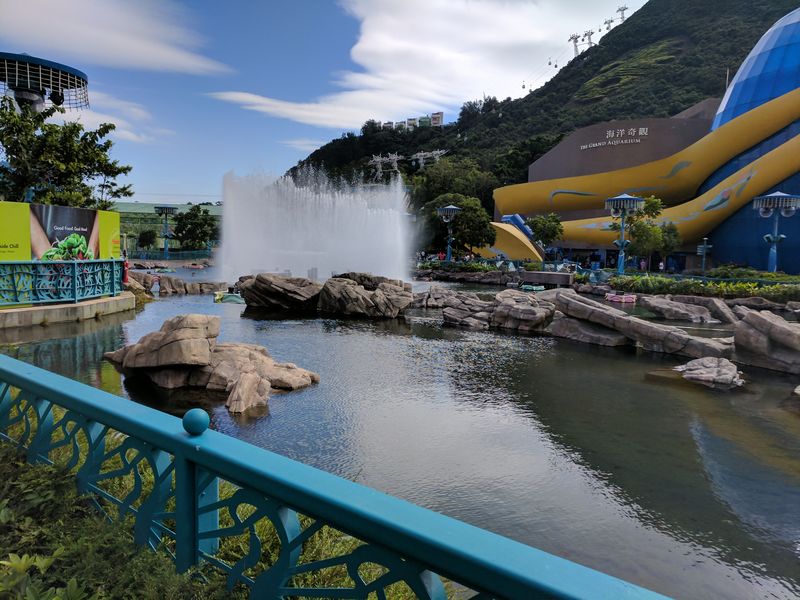 The park was actually very large. It had a jungle/safari section which had animal exhibits right beside the related rides. There was also a wooden roller coaster that was placed right beside the ocean. When would you ever be able to go on a roller coaster beside the mountains and ocean? It was pretty awesome. We also saw several exhibits with penguins and arctic foxes. I was pleasantly surprised at the size and quality of this theme park! Towards closing, we took the gondola down to their Old Hong Kong Street area which also had some good photo ops.
We were pretty ambitious on this day, and decided to go to Victoria’s Peak back in the city as well after the park closed. It was a short hike up to the bottom of the peak, then there was a gigantic queue to get on the tram going to the top. Lining up for this was painful - there was not a good queueing system and many people were pushing their way through. The view at the top was nice, quite similar to Ritz Carlton view except there is less reflection as it is an outdoor view. We enjoyed it far away from the tourists by not paying for the extra ride up. There are some photo ops located outside of the mall. We Ubered back down to avoid having to line up for the tram again. There are also taxis available in the designated taxi pickup area. I highly recommend taxi’ing or Ubering up and down to avoid having to line up (it is not worth it). If you do prefer to line up and pay the cheaper fare, you can just use your MTR Octopus card to pay. 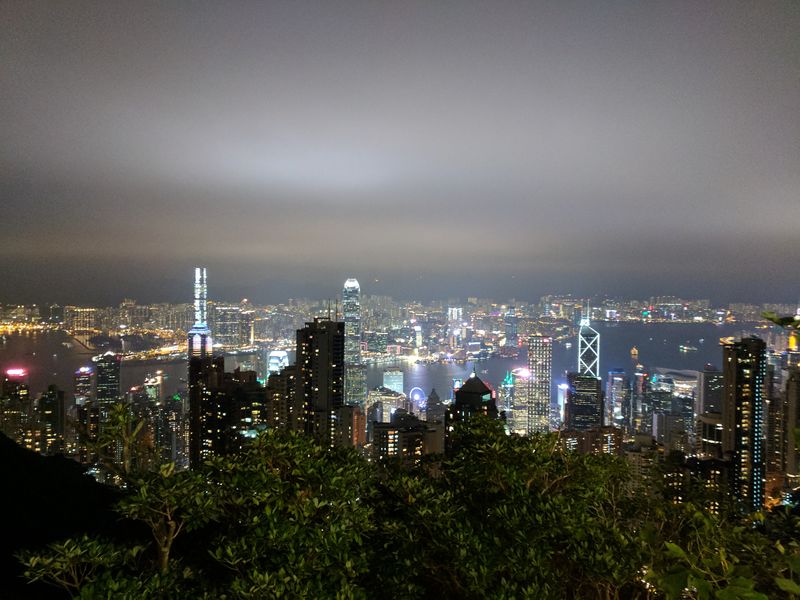 We Uber’d back to Central for Lan Kwai Fong, which is a foreigner area filled with bars and clubs that open up to the street. We first had some more roast duck at a sit down place called Yung Kee (michelin star). We headed to some bars afterward. I really enjoyed Graffiti which had a live band and a dance floor. Lan Kwai Fong is similar to the Hongdae area in Seoul, except much smaller and mostly foreigners (Hongdae is still mainly locals).
Day 4: last day in HK. We ate at One Dim Sum, also michelin star. It was pretty good but nothing amazing. Tim Ho Wan was definitely better in comparison. Decided to take the MTR back to the airport this time. The Airport is pretty accessible via MTR. Hit up some Plaza Premium lounges at HKG via our Priority Pass, and did some souvenir shopping for the family I was going to see in Taipei.
We took HK Airlines - it was impossible to check in early since they don’t have much of an online presence. Before our trip we actually had to use online chat to pick our seats. It ended up being better service than our United flight, sadly.
Overall I really enjoyed HK. The city is very bustling and has an interesting meld of traditional Hong Kong and Chinese culture, mixed with British influence, and now the international influences from foreign workers. All of the lights and malls were quite overwhelming and I was ready to relax in a more slower pace city: it was onto Taipei, which I’ll talk about in an upcoming blog post 😃
comments powered by Disqus