I thought I’d write this up since my hair had been dark brown for over a year.
I dyed my hair to a bright red ombre over Labor Day weekend at Uniq Salon, similar to the shade I had back in Winter 2015, but this time my ombre started higher up, making it higher maintenance. Since my hair was so dark before hand, I needed to bleach it. This shade only lasted a month before it faded into the orangey shade that it bleached to initially. I was a bit disappointed as I spent almost $300 getting the dye job plus recommended oil treatment. During this month I also tried to get it blow dried so that so-called professionals took care of my hair. It was tough since I was out in the sun a lot (California problems). As you can see below, my hair became orange and brassier quite fast (only ~3 weeks after first dye). 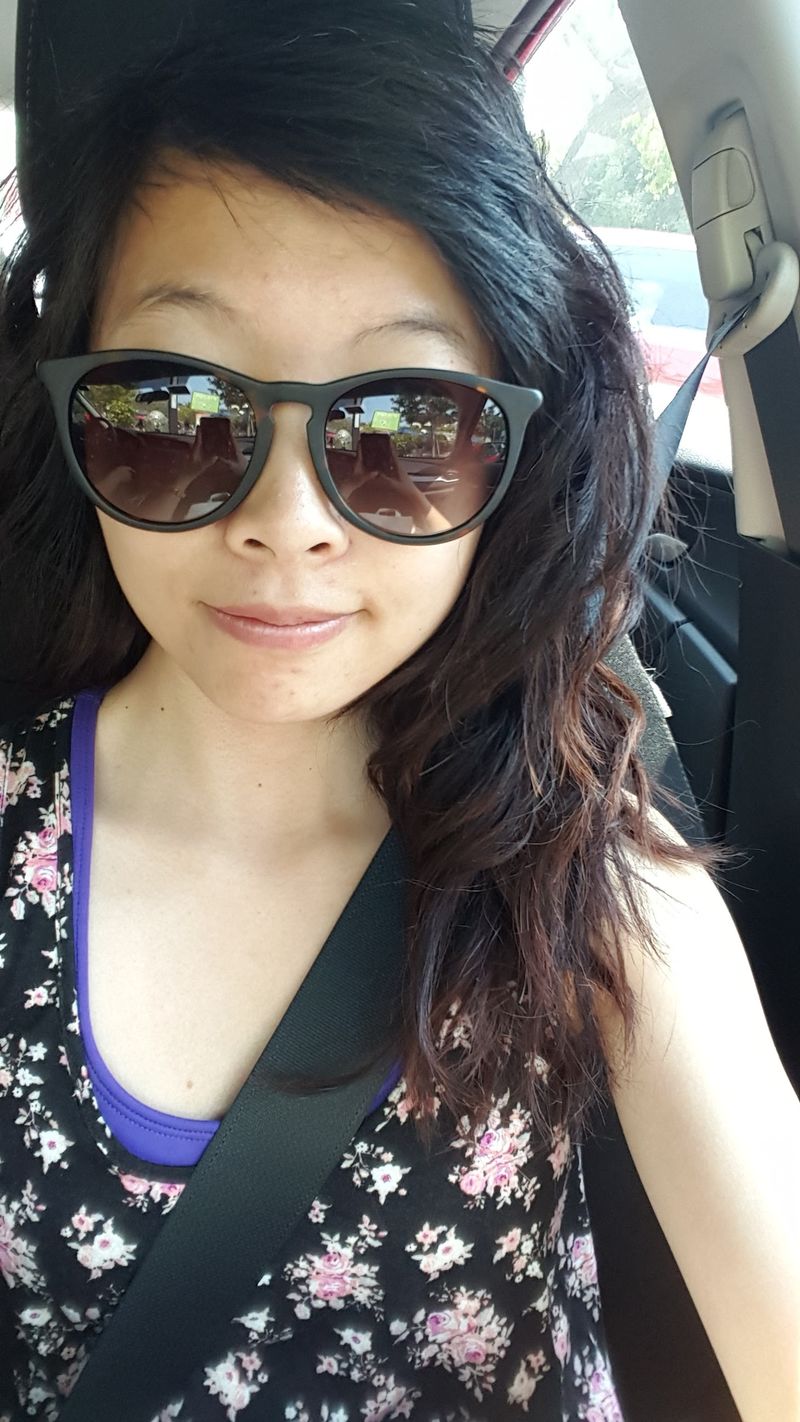 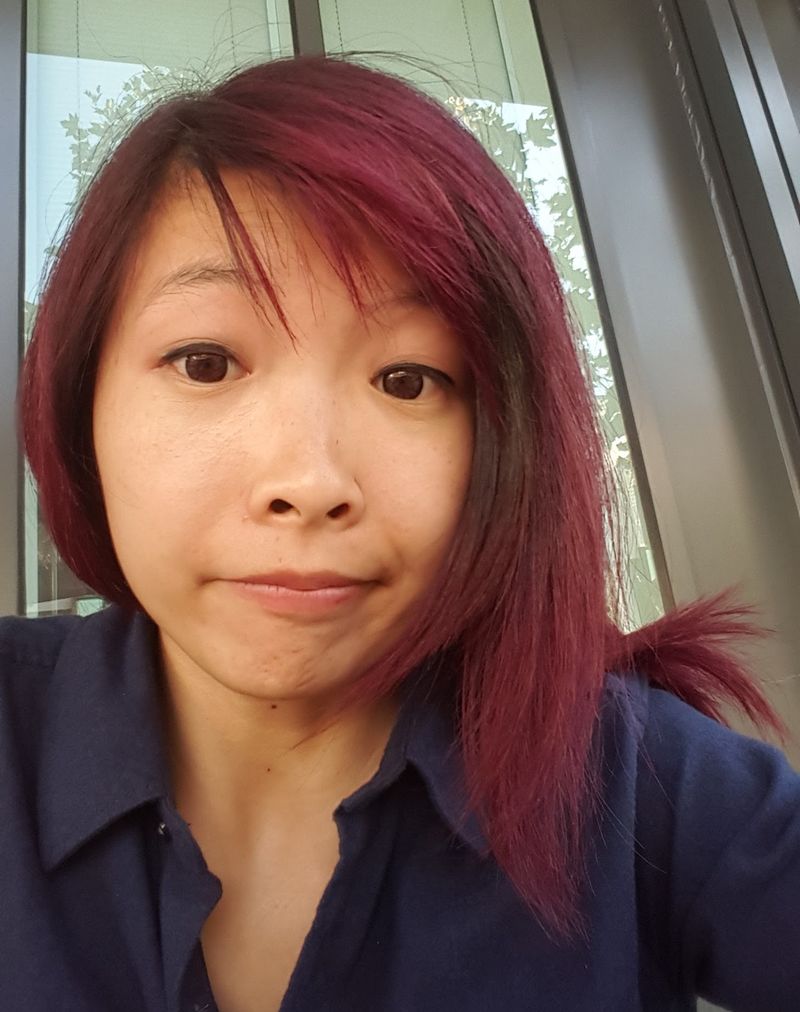 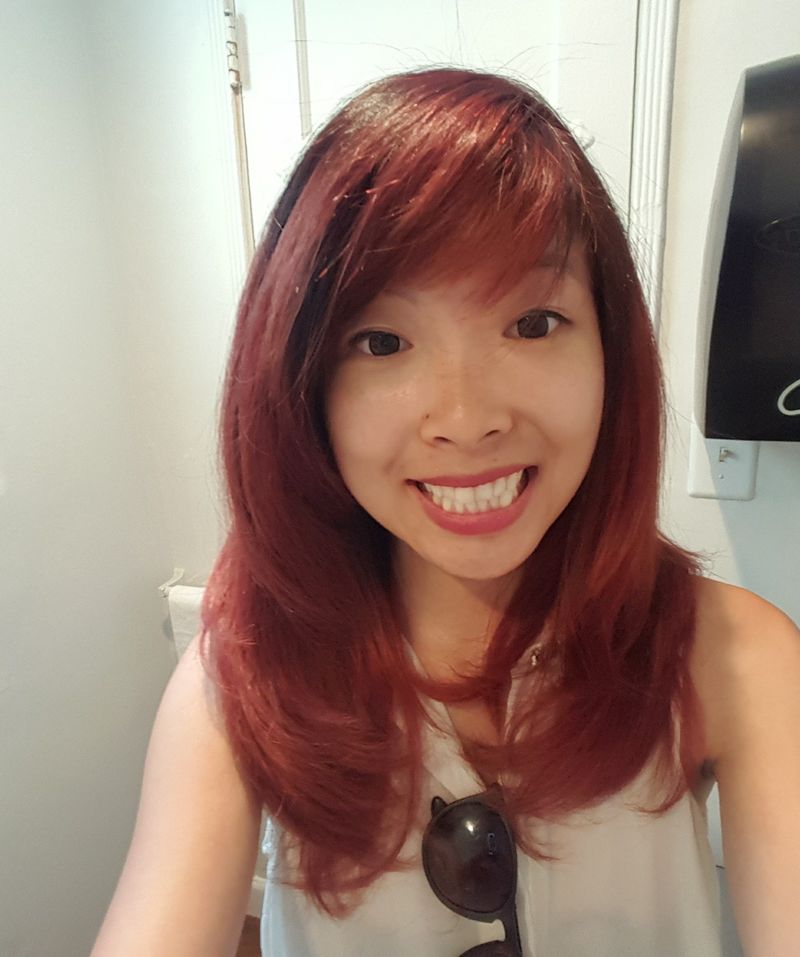 late September
Early October, I went in again to Uniq to re-dye it. It was around $110, for a slightly darker shade that would probably fade into a lighter shade slowly (I did intend to dye it a darker shade originally). It’s December now, so it’s been lasting a pretty long time (over 2 months now). I suppose I just needed the extra dye that would not fall out. 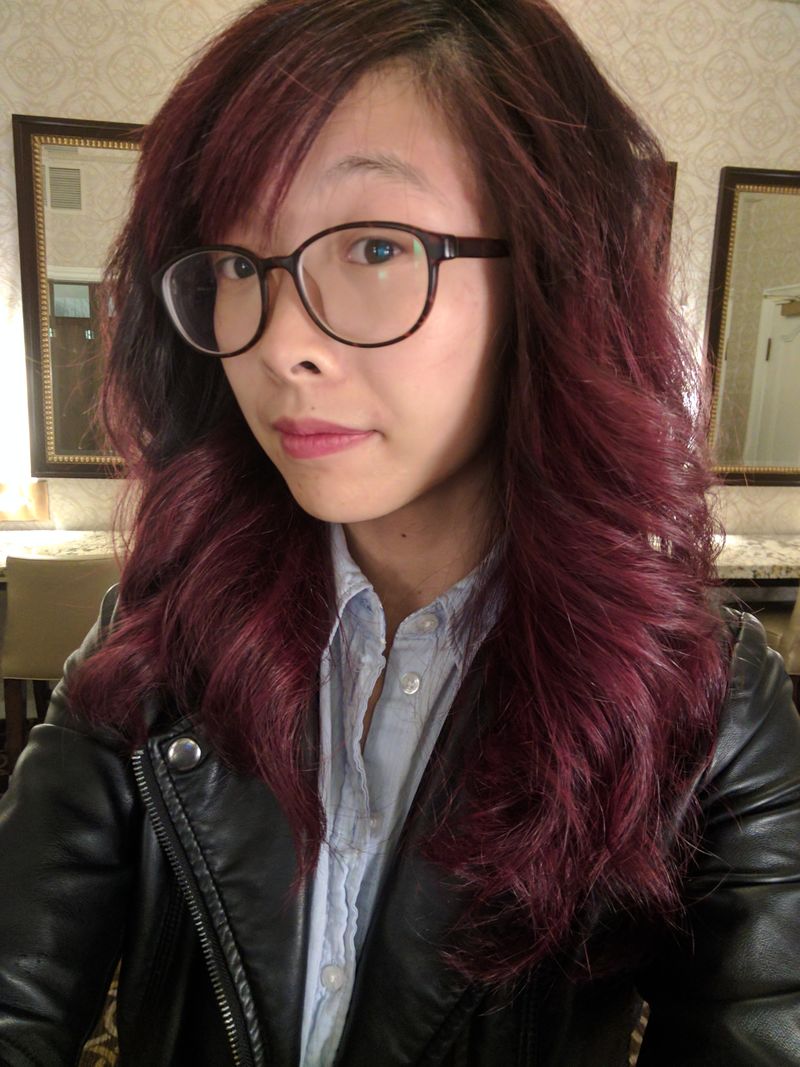 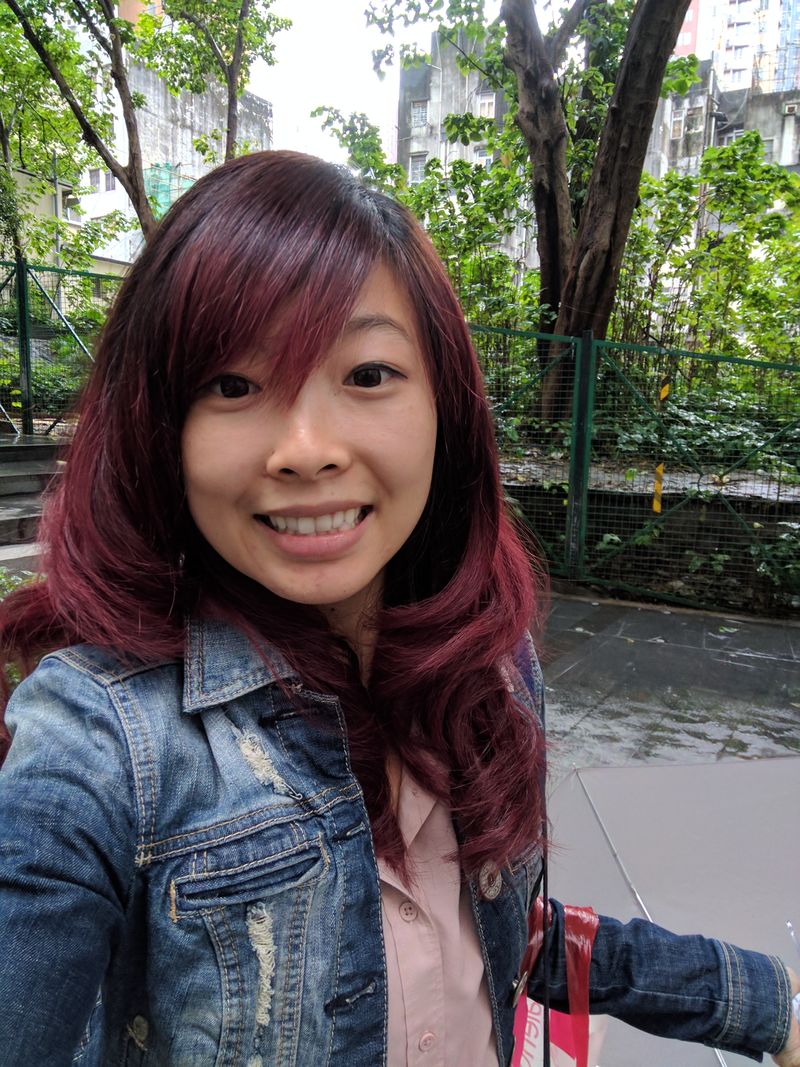 late November
It’s fading out to a more red but less brassier shade now, which I am happy about. I think I really liked the color, too, so I will continue to dye it this shade.
I’ve gone with Uniq Salon with haircuts previously, as well as some simpler color changes (I went through them for my initial back to black hair, as well as some dark violet colors), and this is the first time I’ve done something vibrant through them. They are pretty good and take their time. The oil treatments aren’t really necessary unless you have naturally dry hair like me.
comments powered by Disqus