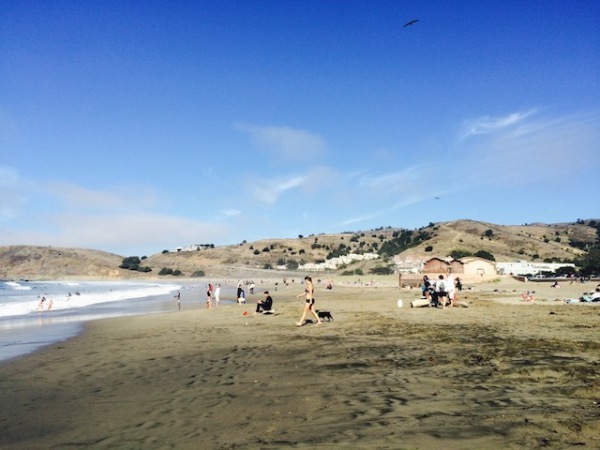 Photo: Pacifica State Beach, Pacifica, CA. Oct 11, 2014
8 weeks back in the Bay Area so far -- this time I’m staying in San Francisco while working in Menlo Park. I have been told that September and October are the summer months in San Francisco, which is pretty awesome considering how warm southern Ontario was this past July/August (extended summer ftw).
I’ve been kept busy by living the commute life. This is the first time my work commute has been more than 20 minutes, but I’d like to conclude that it’s completely worth it. For me, it’s usually 50 minutes if it’s directly to/from work since I live in a more southern neighborhood of SF. The shuttles are comfortable and efficient. I can once in awhile get some work done or catch up on my TwoDots games or personal emails. Other people also make use of the time by reading books.
In total though, it is still around 2 hours of time a day confined on a bus, which can become brutal. If you live further north in the city (for example, North Beach), your commute can be up to 90 minutes just from being the first of the stops to make along the way. It’s still nice to have the free hands to keep yourself busy than to be the one driving.
Also, being back here for the fourth time now means that I’m starting to more aggressively search for good local food and scenic spots. Living in South Mission this term surrounds me with infinite Mexican food. I fell in love with tacos earlier this year, and I’m still checking off taco places on the to do list — there are a ton here!
Another important cuisine that I’ve been on the lookout for is great Chinese food. Chinatown is an obvious location but there are clearly more ‘modern’ Chinatowns (similar to how things are in Toronto now). The Richmond and Sunset areas of SF in particular have large Chinese populations, meaning there are a lot more legitimate and comforting choices of Chinese food, in comparison to the salty, saucy Szechuan options in SoMa or Mission. 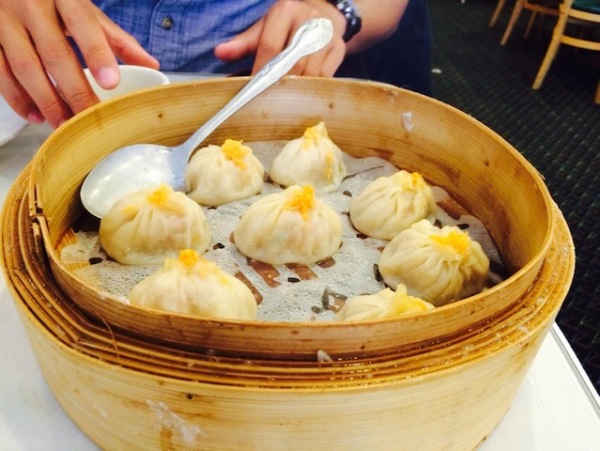 Photo: Soup dumplings. Dumpling Kitchen, San Francisco, CA. Oct 18, 2014.
Returning for the second time at FB/IG has also been interesting. There are the obvious changes that you immediately see (i.e. percent increase in # employees), and then there are the slight changes that you notice over time (i.e. how the culture has shaped after supporting the increased amount of people). So far it’s been a net positive experience.
A friend has asked me (in a leading way) if I feel less challenged doing a returning co-op on the same team. I knew what he meant, but my answer was No. I went against my instincts of picking a more visual/UI related project and chose something I’ve never done before. I wanted a new and different learning experience, but still being around the amazing team I knew since last year. And yes, the team is still awesome. The work is challenging and very interesting to me. Things have dramatically changed engineering wise for the better - especially developer efficiency. It was like jumping into a time lapse into a better era of doing daily work.
After doing five co-op terms, I found that ramping up was a huge overhead. Ramping up does not just mean getting your development environment set up, in an engineering POV, but it also means getting to know the people on your team and people who you will closely work with in that short time frame you are with them. You will just start to get to know them by your 2 or 3 month mark, then realize you will only have a few more weeks with them. Returning to a previous employer makes the most sense to mitigate the ramp up overhead.
Five companies was enough for me to figure out what kind of place I wanted to work at, and what type of work I enjoyed doing. Going back to the same employer is not in any way taking the easy way out or making you lose out on more opportunities. If you enjoyed your time working with that company and see it being more than "just a job", then you would feel the same way.
All in all, co-op has made me realize how important that first real long term job choice is, and it’s important to gather as much information as possible coming to a decision.
comments powered by Disqus