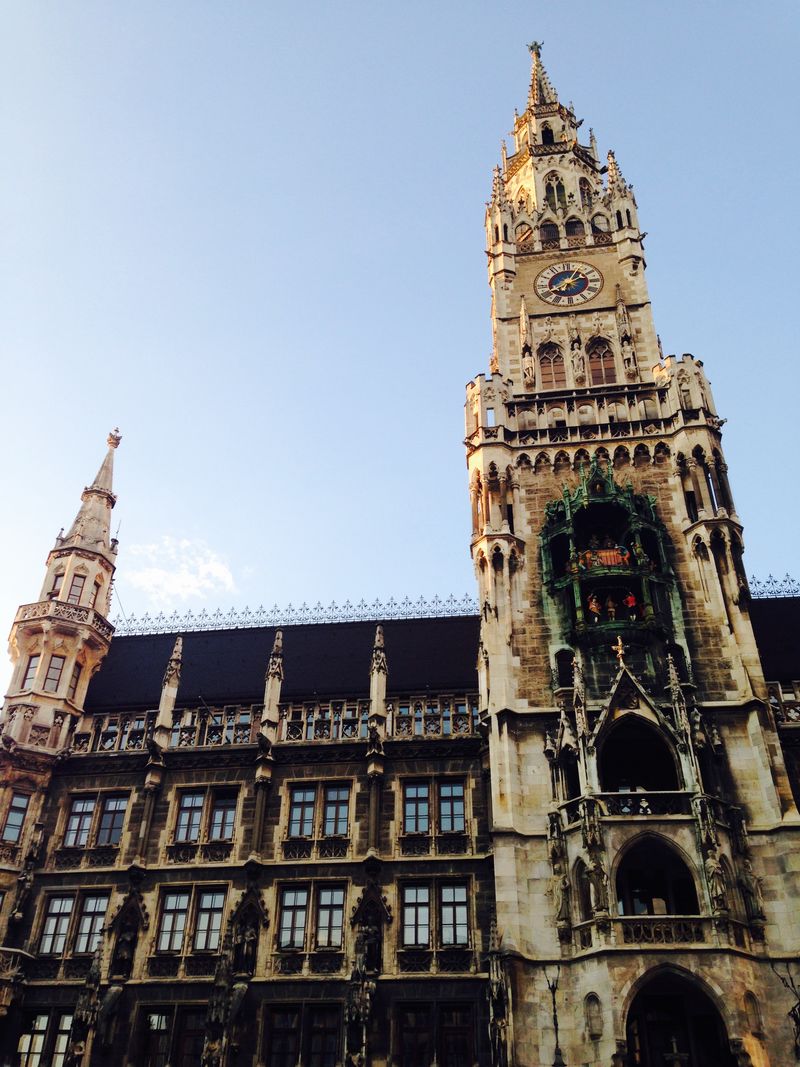 New City Hall
Munich was only a short 2 hour train ride awayfrom our previous destination - Salzburg. The first 2 days we were met with warm and sunny weather. We met up with fellow software engineering friends who were also doing a Europe grad trip, but in the opposite direction. They started where we will end. We also met up with an ex roommate of mine who is doing co-op in Munich - it was interesting to hear about life in Munich from her perspective.
Munich felt very similar to Salzburg - we almost saw a bit of Toronto in the city. The architecture is very North American and modern since most of the city was bombed from WW2.
There actually isn’t much sight seeing within Munich. There are a handful of churches and buildings that we saw via a Rick Steves walking tour. There are also a handful of museums, though we never went to any.
The metro system in Munich was complicated. It’s purely a trust system - there are no doors that gate you if you don’t have a valid ticket, even on subways - which I found very surprising. The price you pay for a ride depends on what zone you start and end in, similar to riding the Caltrain in the Bay Area. Apparently they have officers check often in the subway, but not much with the busses. The coverage is very impressive though - I think there are at least 15 subway lines, for a population of 1 million. 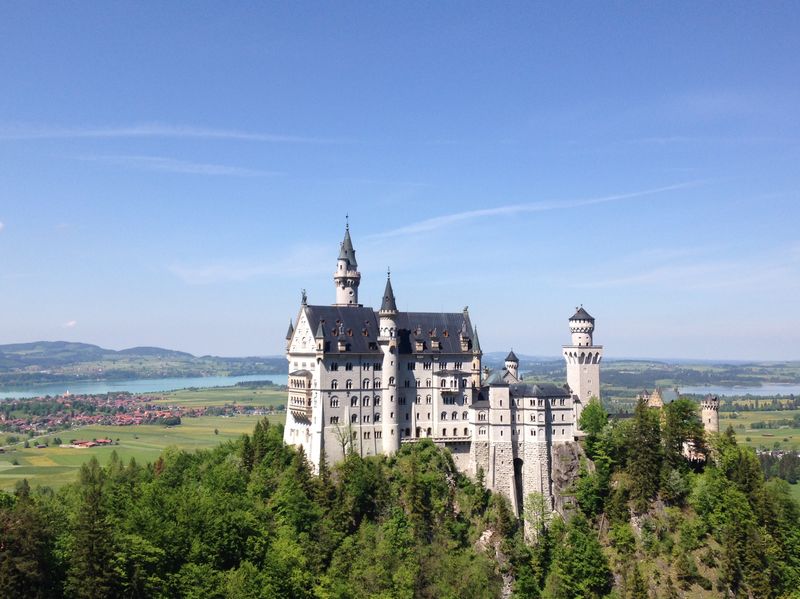 Neuschwanstein view from Marienbruke
We also went to the famous Neuschwanstein castle - got the pic and didn’t go in (apparently it’s not that great inside anyway). There are various other castles that one can visit but we decided that this castle and the Hohensalzburg was enough for us. 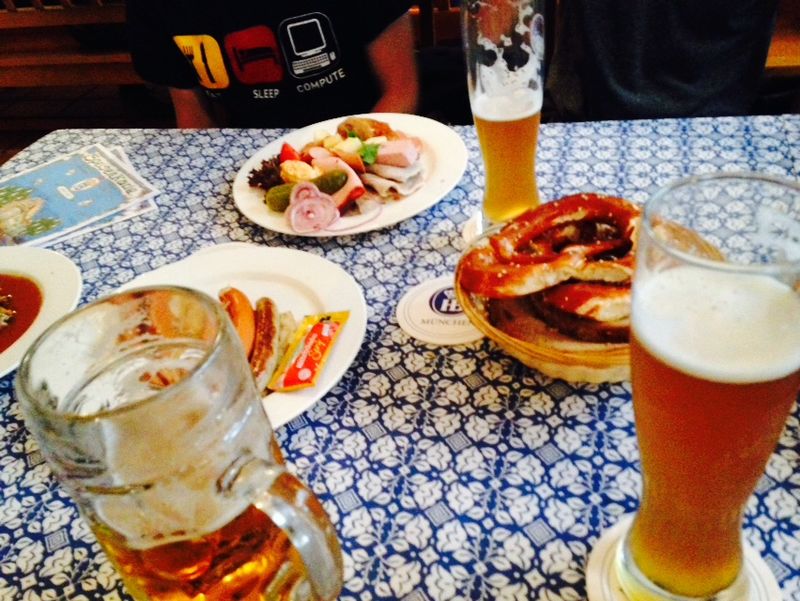 Food & drinks at the famous Hofbrauhaus
Munich food was a bit of a disappointment in comparison to Salzburg. We learned that most of the recommended dishes were simply Austrian to begin with. The quality and value of food in general wasn’t as good. We decided that we wouldn’t be able to have German/Bavarian food for the whole stay, either, so we chose to try Munich’s Asian food scene as we were deprived of it for about 2 weeks. In general the Asian restaurants that were top rated were either not very authentic, or they were pricey.
Unfortunately the last 2 days were both rainy and chilly. We headed to Dachau, the nearby concentration camp, fitting for the gloomy weather. It was a huge site and we didn’t go through each of the smaller buildings, but saw the indoors exhibits. There was a ton of information and stories to read about. I highly recommend checking it out.
We are now on our way to Switzerland. The DB Bahn strike was happening in Munich and we had to take a bus instead of a train to get to our first stop, but we are happy to be still on schedule.
comments powered by Disqus