We had a short stay in Salzburg, Austria, a city close to the Germany-Austria border. There is an immediate difference from Italy - the city is well maintained and reminded us of Canada. Funny enough we arrived on Ascension Day, so there was basically nowhere to eat (especially since we arrived around 9pm local time). The station grocery store was bustling, though.
We soon realized our stay was (like Venice) in a more quiet neighborhood in New City Salzburg, behind a giant SalzburgMilch office and in between Techno_Z and Coworking space buildings. 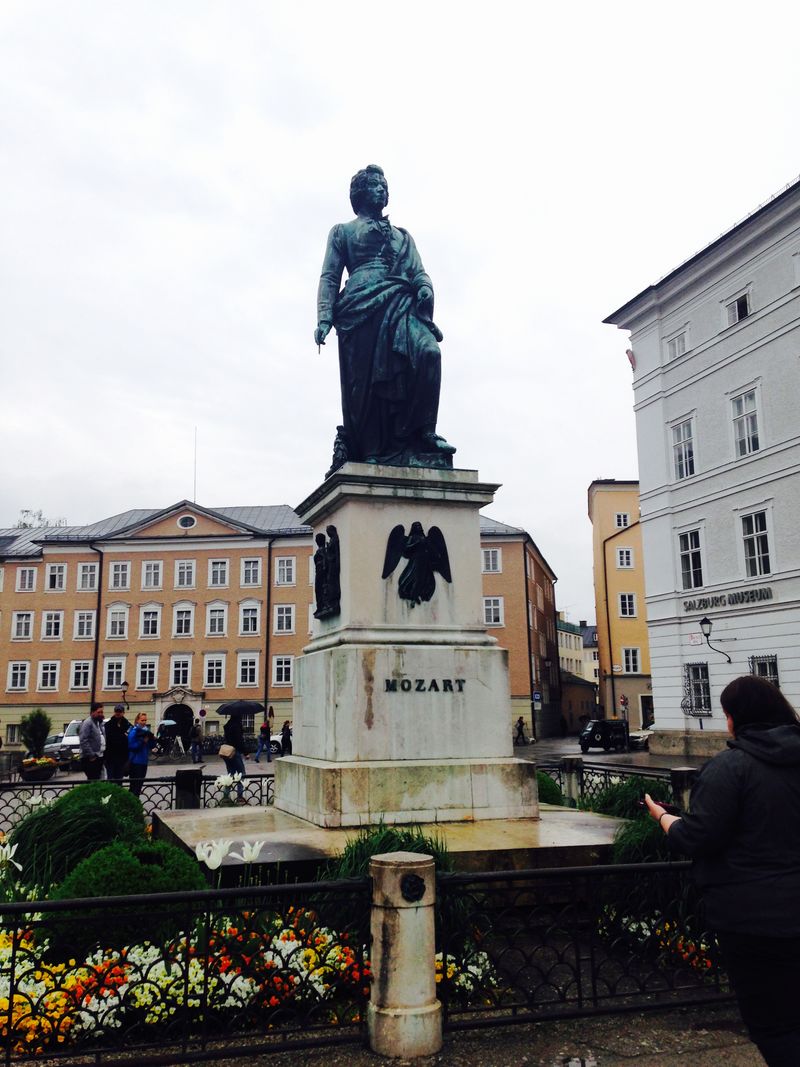 Mozartplatz
Most of the action happens near the river and across to Old City Salzburg. Salzburg is famous for Mozart’s birthplace, as well as the city that the Sound of Music was set in.
Old City can be explored in a day, with Rick Steves’ walking tour. We even checked out the HohenSalzburg Castle, getting a very clear view of the city. It was a cheap admission of 8 dollars per person - we think we may skip the castles in Germany since we’ll be seeing this one. It was a fun walk around, a variety of museums inside, as well, though it is a skippable sight. 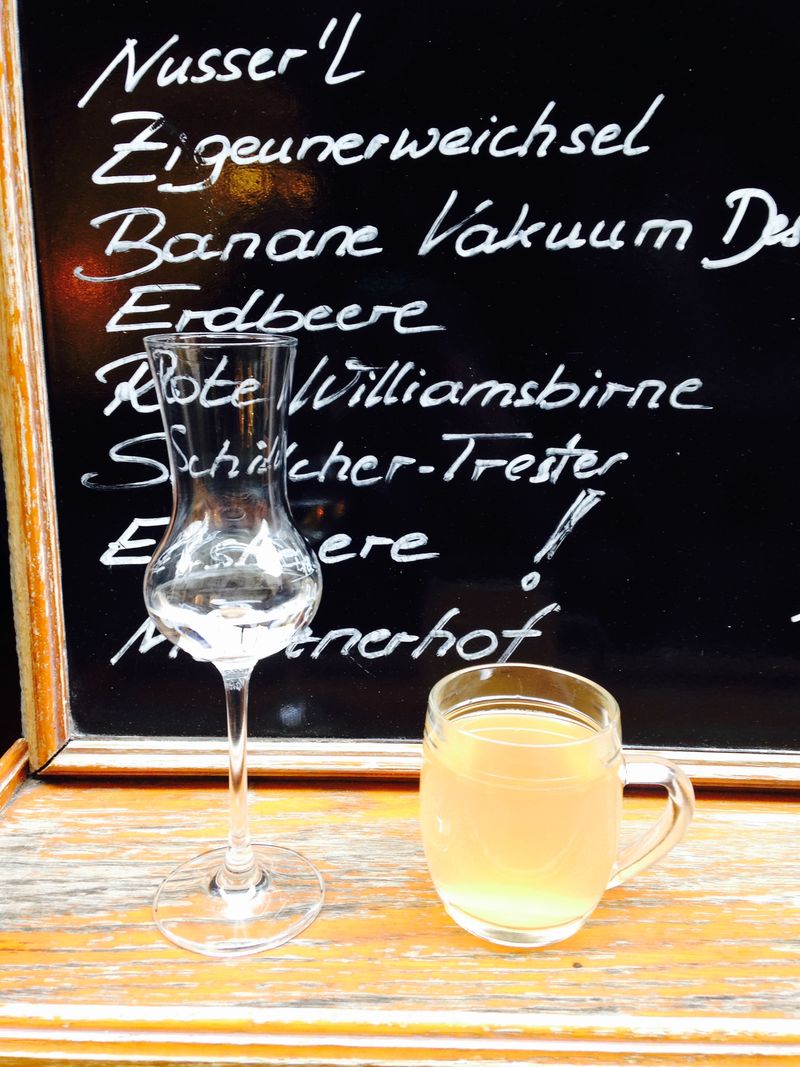 Drinks @ Sporer
What really set things off right: walked by a shnapps bar that Rick Steves went to in one of his Youtube videos, called Sporer. I got a delicious orange punch drink that ended up tasting like spiked fruit tea, as it was a warm drink. Delicious! And sip on that shnapps because it is strong. 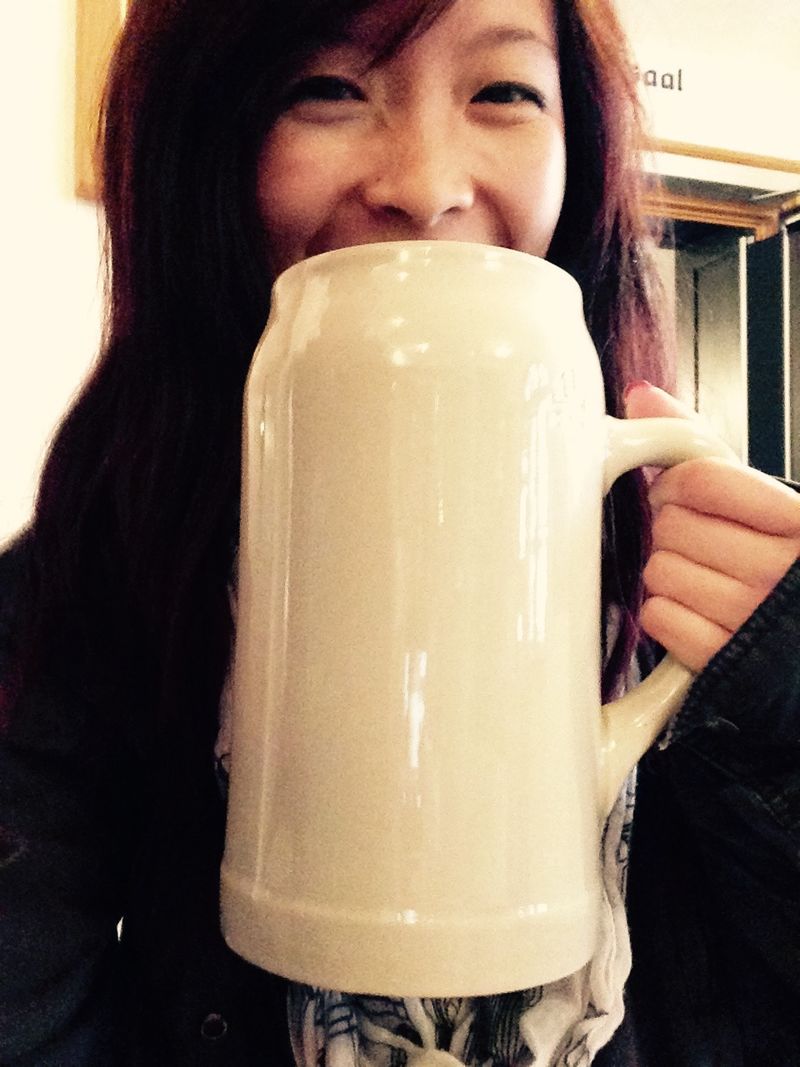 1 Litre mugs @ Augustinerbräu
We then headed to our first beer house called Augustinerbräu, north of the main historic downtown area. It was gigantic both inside and out. Outdoors they have a huge garden area with seating. Most people were indoors due to the rain, though. There are 3 giant cafeteria halls where people can sit with their gigantic 1L beer mugs (there are 0.5L ones as well), and munch on some typical German & Austrian food. We had bratwurst and a ham & potato salad dish. Very well priced, good value, and fun environment. We went a bit early around 6pm on a Friday - there were already hundreds of people there. I can imagine it being even more lively at night. 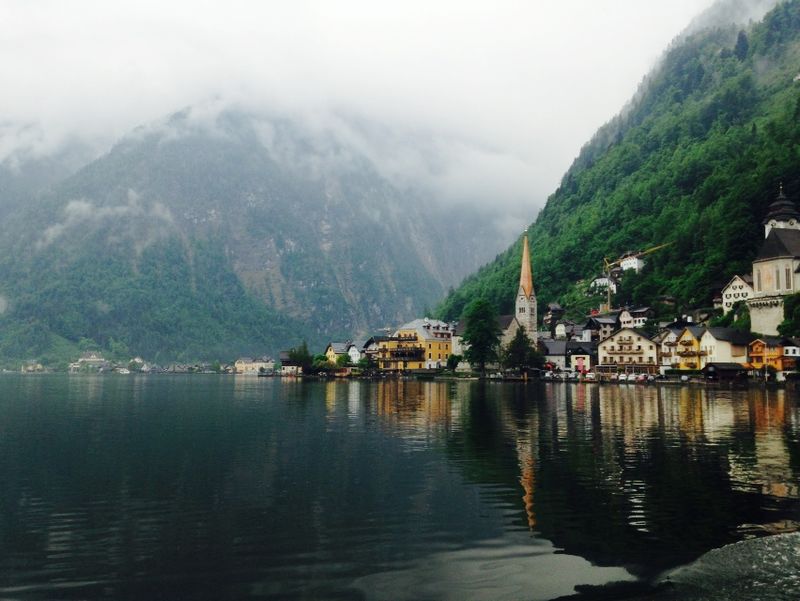 View of Hallstatt from the ferry
The 2nd day we did a day trip to Hallstatt. We were a bit skeptical due to the weather forecast. It looked like it would be foggy and overcast. We decided to check it out anyway. Hallstatt is out of the way - requiring 1 bus, 1 train ride, and 1 ferry ride, with less service on weekends. There are very few tour groups that go there due to how far the journey is. It’s a very mountainous area, very beautiful. the clouds actually cleared up by mid-afernoon, giving us some stunning scenery.
The main attraction is the salt mine, which you can hike 40-60min up or pay for it. We hiked and it was well worth. The salt mines tour itself was not that great - it’s a guided walking tour and the lady speaks in both English & German, along with some tacky animations and videos you have to watch along the way. It lasted a little over an hour long in total.
Overall we had a good time in Salzburg and the surrounding areas, would love to come back again and explore more of Austria :)
comments powered by Disqus