We arrived to our first destination by plane at FCO & took the FC1 to our Airbnb which was close to Ostiense. We took up on Rick Steves’ advice for staying up the entire first day to adjust to the jet lag. Although brutal, it was worth it.
Rome was a very busy and loud city. I could compare it to New York - the traffic was pretty overwhelming. Stop signs don't seem to exist and there are a ton of roundabouts in large intersections, meaning you need to j-walk often. There is graffiti everywhere, as well, but more exciting - there are leftover ruins everywhere from Ancient times. There’s a lot of history with Rome (obviously), and these monuments tend to be gigantic (larger than life). You don’t realize it at all when you view them in photos online or in books.
Rome is a large city - they have a decent Metro system, though not the greatest. It’s comparable to TTC in Toronto though probably worse since there’s only 1 transfer point between the 2 lines. To get around, we had to take the bus a lot. We relied a bit on Google Maps, although the schedule doesn’t seem to be followed properly. We also went during a really hot week - so walking wasn’t super desirable.
We also got around pretty easily without knowing much Italian. I tried to learn as much as I could via Duolingo - although it ended up not being necessary. A good amount of restaurants have English translations or servers who know a bit of English, though they do like it when you’re able to say a few phrases. The most useful sayings are probably Thank you (Grazie) and aqua (water). The locals we encountered were very kind and helpful whenever we were trying to find a monument or figure out if we were taking the right bus line. A tip for those who are unfamiliar - avoid people that approach you and ask if you need help. Some are scammers that may ask you for money, or get you to buy museum tickets with their own extra fees. Rome is also known for pickpocketers - but since I was with a guy the whole time, we never ran into that issue. It’s probably a more prominent issue with groups of all females, or a group of older folks.
Gelato: we thought it may have been only the touristy areas, but there are gelaterias at literally every 2 blocks. A ridiculous amount of flavors, and extremely cheap compared to chain North American places such as Marble Slab and Ben & Jerry’s. The cheapest we have gotten is $1.50 for the smallest size for 2 scoops. And they pile on that gelato. We found it really interesting that locals really love gelato, too. It’s like their Starbucks. They tend to get larger sizes. Perhaps it’s because they have dinner so late? 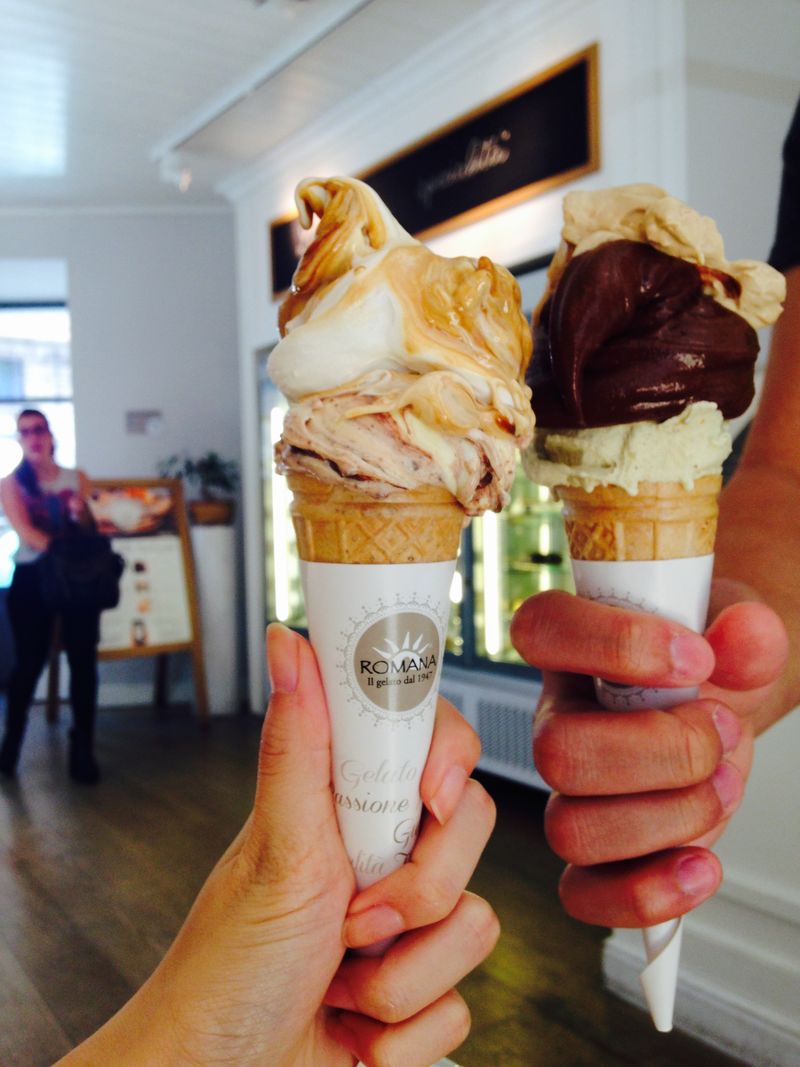 Gelato @ La Romana
The landmarks that are a must: Colliseum and Roman Forum. We downloaded some of Rick Steves’ audio guides - which were awesome. I’d say it’s much better than paying for a tour guide, or for one of those walkie talkie audio guides that tend to be pretty dry. We spent 4 days in Rome but there was an abundance of places to check out. We went to the Aqueducts Park which was a bit further out from the city centre - but it was truly a wonder. It was a park located in the suburbs of Rome, away from all the noise. Trestevere is another suburbian area of Rome, across the river. Quaint and quiet neighborhood with amazing food. Yelp has been pretty useful, and seeing the many awards stickers outside a restaurant tends to be quite reliable. 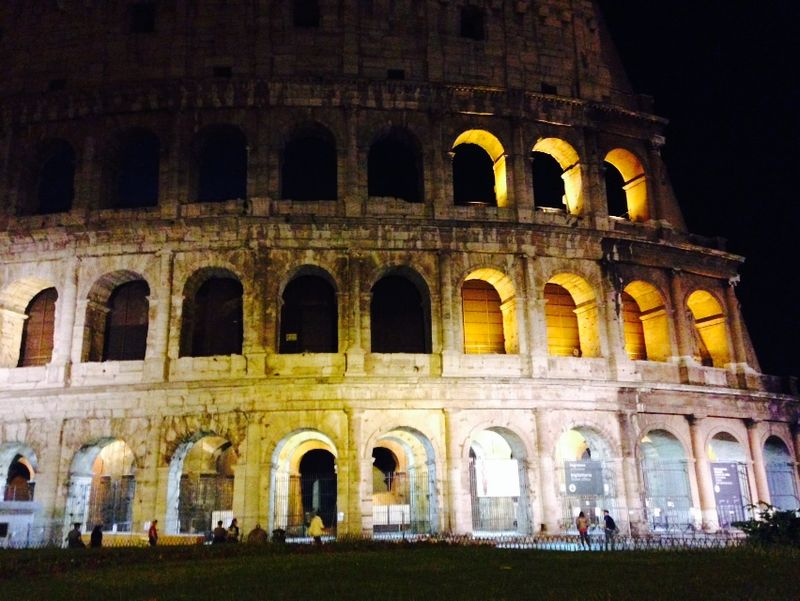 Colliseum @ Night
Vatican City is also a really fun half-day or full-day trip. It’s also across the river. The two main sights are St Peter’s Basilica, and the Vatican Museum. We went there a bit late in the day (~1pm) so it was super crowded with tourists. The Vatican Museum was packed with tourist groups by the time we got in. I recommend going there super early to avoid crowds. I learned a ton about Christianity during this day trip - it’s pretty necessary if you want to appreciate the art! 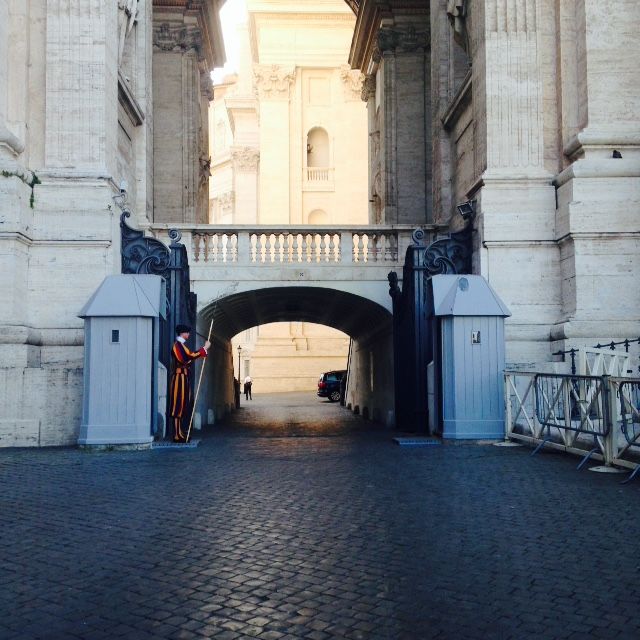 Guards by St. Peter’s Basilica
Rome was a lot of fun and I would love to come back again :)
Added replacement photos as Instagram embeds aren’t working atm
comments powered by Disqus